Our experienced criminal law team offers professional advice and representation in even the most serious criminal matters, as well as traffic offences. Ensuring you understand your rights, and that you receive the most effective defense possible, is our priority. 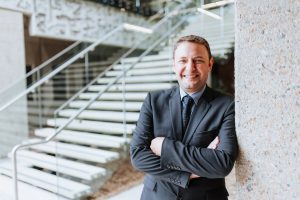 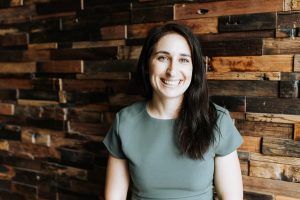 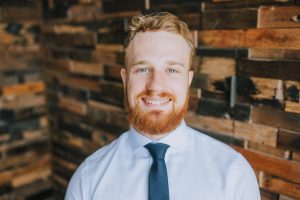 The police want to speak with me…should I get legal advice?

A police officer may wish to question you in relation to a criminal offence. It is important that you seek legal advice at an early opportunity prior to participating in a record of interview.

Should police wish to speak with you, we recommend that you speak to a solicitor prior to undergoing formal questioning by police. In these circumstances, we recommend contacting our office during business hours or in an emergency calling our after hours service on 0417 400 293.

I have been charged with a drug offence…do I need to see a lawyer?

Whether you have been charged with trafficking, production, importation, supply or possession offences, you should obtain legal advice early in the court proceedings.

Drug offences are dealt with in the Magistrates, District and Supreme Courts depending on:-

The penalties which are imposed accordingly vary significantly depending on the circumstances of each case. It is important to obtain accurate advices as to the potential penalty range proportionate to the alleged seriousness of the matters.

We offer experienced representation in successfully defending these matters.
If you require any further information or advice regarding your situation please contact us for an appointment.

Can you help me if I have been charged with an assault offence?

There are varying degrees of assault offences. Common assault is the least serious assault offence which involves the application of force to another without the other person’s consent.

An offence of assault occasioning bodily harm (AOBH), means that the complainant has sustain “bodily harm” which is defined as an interference with a person’s health or comfort. This can include a single bruise, to receiving multiple lacerations and abrasions with bruises from head to toe. An offence of AOBH must be dealt with in the Magistrates Court, unless, as the defendant to the proceeding, you elect to have a trial by jury.

An offence of serious assault in most commonly the result of an assault on a police officer, ambulance officer, or a person over the age of 60 years. In relation to assaults against police officers, the legislation has been amended in recent years to increase the maximum penalty for this offence from 7 years imprisonment to 14 years imprisonment. Issues of general deterrence are highly relevant in the Courts imposing heavier penalties for these offences, particularly where there are serious injuries sustained to the officer or where there is alleged to be spitting at the officer. It is the prosecution’s election whether or not a serious assault charge is dealt with on indictment in the District Court or summarily in the Magistrates Court.

(a) the loss of a distinct part or an organ of the body; or

(b) serious disfigurement; or

(c) any bodily injury of such a nature that, if left untreated,

would endanger or be likely to endanger life, or cause or  be likely to cause permanent injury to health; whether or not treatment is or could have been available.

Scrutinising the medical evidence is often key in relation to all of these matters. You may have defences such as self defence and/or provocation available to you. Often this may involve speaking to potential witnesses other than those relied upon by the Prosecution.
Should you have been charged in relation to an assault matter please contact us for an appointment.

Can you help me with a sexual offence matter?

Being charged with a sexual offence matter often has immediate consequences. One of the first issues is whether or not your current address is suitable in considering a bail application.

Sexual charges, particularly involving alleged historical offences, are complex situations. Often the brief of evidence relied upon by the Prosecution are voluminous. You should obtain legal advice from us as to whether you should make an application to cross examine witnesses at a committal stage and whether or not legal arguments regarding the admissibility of evidence should be advanced prior to your trial.

If you require any further information or advice regarding your situation please contact us for an appointment.

What does it mean that I have a conviction recorded?

One of the primary concerns clients often face is whether a conviction will be recorded if they are convicted of a criminal offence, and what impact that has on their employment.

Should a penalty other than imprisonment be imposed by the court, it is the discretion of the presiding magistrate or judge as to whether a conviction ought to be recorded. If a period of imprisonment, whether wholly suspended or subject to an immediate parole release date, is imposed, a conviction is automatically recorded.

Whether a conviction is recorded is a balancing of a number of considerations including:-

Some professions and employers have as a condition of employment, a criminal history check. Accordingly, it is important that you obtain accurate advice regarding your circumstances.
If you require any further information or advice please contact us for an appointment.

*Conditions apply. This applies only to specific areas of law. Contact us to enquire.

Fill in our contact form
Meet Our Team
Make a Booking